Photographs from the final

From the first minute the ball was thrown in Ballykelly Attacked Moorefield at pace and determination luckily For Moorefield their first two advances were knocked Back by some staunch defending from Emma Gray and Kayla Booth Nolan. The game to-and-froed until a great passage of passing between Katie Murray, Phoebe Landy and Ruth Kinsella ended in our first point scored by Ruth. This spurred Ballykelly into an even more determined frame of mind and they scored 1 goal and 2 points without reply. Some great team work by Holly mc Grath and Emma Martin ended in a free being won by Emma who stuck it over the bar for our second score. This spurred Ballykelly on once again and the carried the ball down the pitch and score another point wave after wave of attack came from Ballykelly only to be stopped by a fantastic display of defending by Katie O’Keeffe and Tara shelly. our third point was scored when Emma Rooney made a nice pass to Holly o’Raw. With the last action of the first half Ballykelly scored another goal to leave the score Ballykelly 2-3 Moorefield 0-3.
The second half saw a different Moorefield team come out of the blocks we traded points with Ballykelly from holly o’Raw and Kirsty Horgan. Then a goal from Emma martin we started to see a glimmer of hope that the tide was changing but NO. An on slaught of attacking football from Ballykelly saw our substitutes Keira Sheehan and Kiera Finn come into their own and repel all attacks with no scores given with Kayla mc carter driving forward and passing to phoebe Landy for her to stick over a nice point from play and then another point from a free by Phoebe saw us take the impetus. Holly o’ Raw scored our equalizing point we then started to take a hold off the game with Emma Dunne and Aisling Corrigan having close misses and harrying and hassling the Ballykelly defense another great attacking move from Moorefield saw Ella O’Neill score a point to put us in front for the first time in the match. Ballykelly threw everything at us only to be stopped by a Titanic display of defending By Emma Gray from blocking shots to being knock down and getting back up she stopped them scoring from play when they did get by Emma They were faced with our fantastic goal keeper Chloe Walsh in the end Ballykelly got a free and equaled up the game. As the game neared its end and only moments to go Moorefield won a free after sustained pressure by our forwards up stepped our captain Phoebe to launch the ball into the Ballykelly net which turned out to be the last kick of the game.
List of Scorers
Kirsty Horgan 0-1
Ruth Kinsella 0-1 Ella o’ Neill 0-1 Holly o’ Raw 0-3 Emma Martin 1-1 Phoebe Landy 1-2 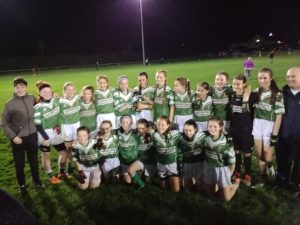 Best of luck to the team and management in the final!

Well done to the team and management who have qualified for the final!! 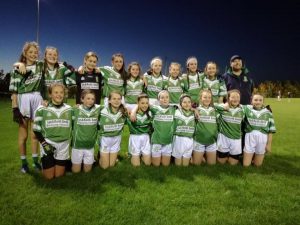 Our under-13 girls who won their first round of the league against Ballymore this evening.
Moorefield 5-4 Ballymore 2-8
Well done to the team and management! 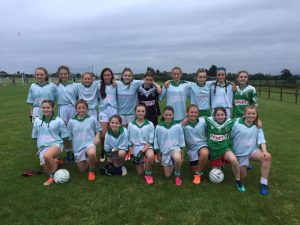 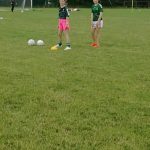 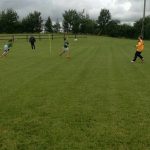 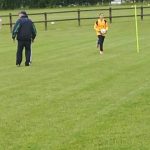 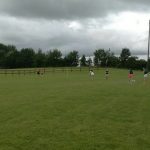 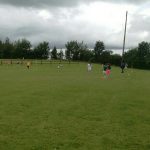 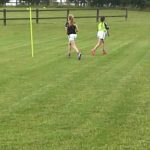 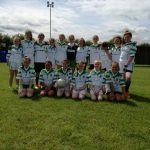 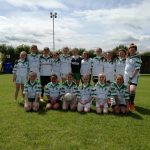 This entry was posted in Under 13. Bookmark the permalink.