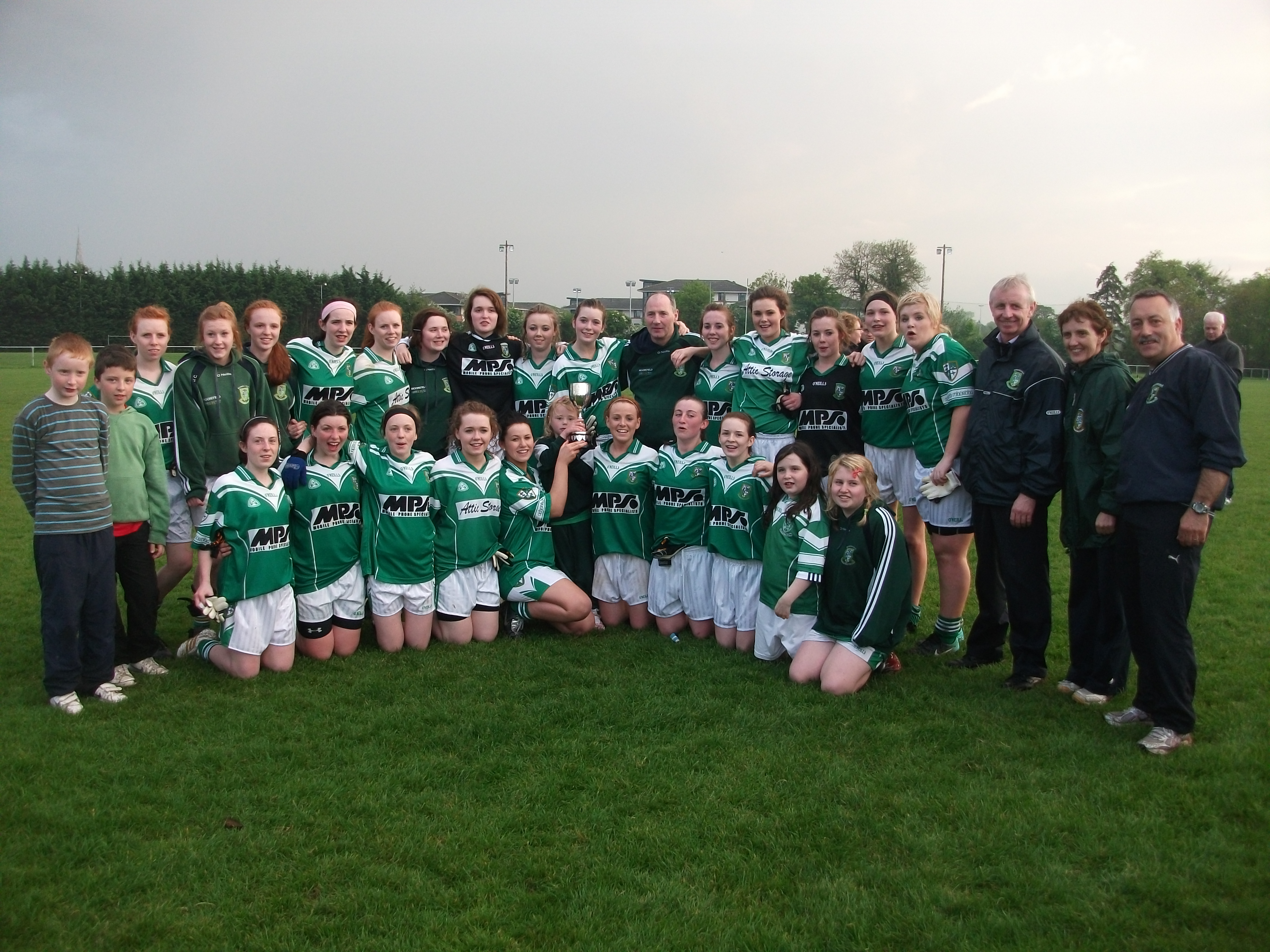 Well done to the minor girls who reached the minor final again this year.

After extra time the girls secured the first piece of ladies silverware for the year!

Venue and time: 6.30pm in Maynooth 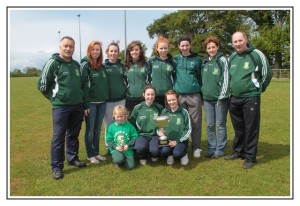 This Minor final was going to be a tough battle with two evenly matched teams. It proved to be a very exciting game but most definitely a game of two halves, to coin the age old cliché. Confey started the better and got the first score of the game in the second minute with a point from Paula Doran. Moorefield put their first score on the board in the fourth minute with a free taken by Ciara Conaty, followed by another in the seventh minute. Both teams battled it out for the next five minutes until Confey got their second point from play thanks to the full forward. However, with the wind behind them it was all Moorefield for the remainder of the first half with two more points from play from Ciara Conaty, a goal and a point from Aideen Landers, a point from Aisling Curley and another from Michelle Curley. Half -time score was Moorefield 1-6 to Confey 0-2. With the wind behind them in the second half Confey had it all to do, however, Moorefield started the scoring with a fine point from Michelle Curley in the seventh minute. This was quickly responded to with a goal from Confey also in the seventh minute. There was tremendous pressure put on the Moorefield backs for the remainder of the second half and Confey managed to notch up another goal and two points. At this stage time was running out and all was square, with only two minutes to go Moorefield began to pile on the pressure but to no avail and at full time the sides were level. The game was now in extra time and Moorefield had the wind behind them, however, it was Confey who managed to put up three points before Moorefield responded with a great goal from Eliza Kelly. Sides were changed and it was Moorefield who dominated for this final ten minutes of extra time with a great goal from Sarah Bell and a point a piece from Shauna Doyle and Emma Curley. Final result was Moorefield 3-10 to Confey 2-8.

Moorefield opened the score in this division 2 semi-final with a fine point from play followed shortly by another. It looked like Moorefield had settled early and were off to a good start. However, Leixlip didn’t lie down and when they settled themselves with their first point the game went back and forth for the rest of the half. Leixlip managed to find the net first and at half time the score was 1-5 to 0-5 in favour of Leixlip.
Moorefield started the second half on the back foot but from what was to follow it must’ve been the fright they needed. They scored 9 unanswered points and found the net twice. They managed to hold Leixlip scoreless for the first 28 minutes of the second half, when Leixlip were to get their only score of the half, a consolation point. Scorers for Moorefield were Eliza Kelly, Aideen Landers, Aisling Curley, Michelle Curley, Emma Curley and Ciara Conaty.

This entry was posted in Minor Team. Bookmark the permalink.