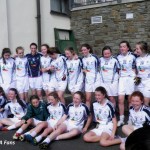 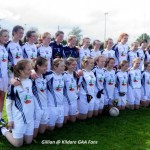 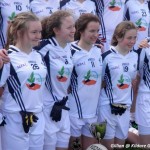 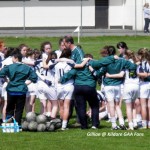 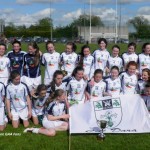 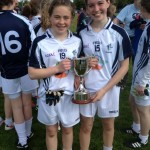 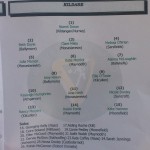 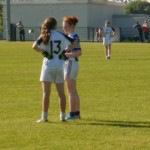 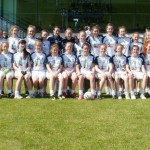 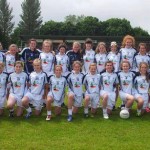 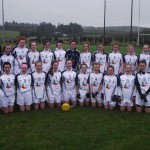 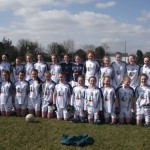 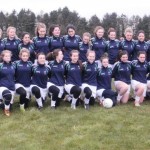 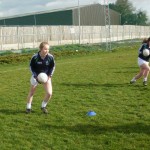 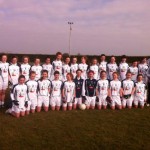 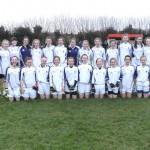 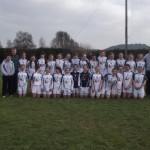 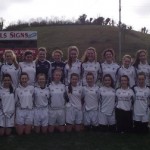 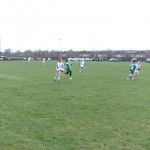 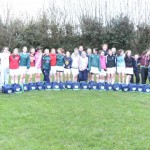 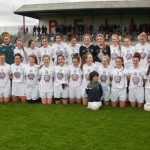 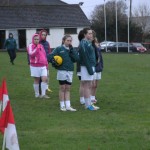 For the first time ever Kildare have won the Leinster Under 14 Championship.

On a
blistering hot summers day Kildare and Cavan squared up for the right to march on to this year’s All Ireland final. It was Cavan who got the better start with first an attack being put out for a 45 and soon after scoring a goal to give them an early lead. This score however seemed to wake Kildare up and they were soon on top of their opponents. First to score for them was Nicole Dooley with a point which was soon followed by a second from the boot of Aine Nash. The next score also went the Lillies way as Kayleigh Humphries gained possession and shot to the back of the Cavan net to give her team a lead which they would never relinquish. Kildare were now bossing the game and a brace of points from Nash extended their lead, the second one following a brilliant run from Amy Horan. Cavan tried to get themselves back in the game but their attack was denied by the woodwork. Kildare on the other hand had no problem finding the net as Nicole Dooley fed the ball
to Roisin Forde and she buried it in the net. The rest of the half belonged to Kildare as their defence smothered all Cavan’s attacks and they put another 1-4 on the scoreboard as points from Nash, Humphries, Hannon and Stapleton were added to another goal from Forde to leave Kildare with a sizeable advantage at the break.

The second half started with Kildare facing into the breeze but they got off to a good start with Aoife Stapleton scoring two points and Nicole Dooley pointing a free to extend their lead. Cavan however were not
finished yet and pulled a point back from a free before they eventually broke down the Kildare rearguard and smashed the ball into the net. Cavan were now starting to get on top but an attack from Kildare led to Stapleton crashing the ball off the crossbar, Hannon picked up the rebound but was brought tumbling to the ground and the resulting penalty was tucked away by Aoife Stapleton. Cavan came right back at Kildare again and only the reactions of keeper Niamh Doran stopped them scoring another goal. Cavan soon put over another point but Kate Hannon responded in kind for Kildare. This was to be Kildare’s last score of the game however as Cavan launched attack after attack at a tiring Lillies team. A superb goal from a free was their first response before another two points were added to their tally. Another goal from Cavan brought the deficit back to eight points and although there were a few more scares before the end the Kildare defence held out
and the young Lillies march on to an All Ireland final against Cork in two weeks time. 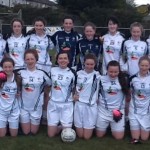 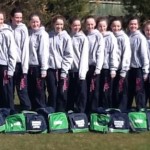