Kildare U16s travel to McCann Park Portarlington, Co Laois on Sunday 19th June to take on Longford in the Leinster B championship at 3.15pm. The game will be proceeded with the U16 C shield final which will be contested by Westmeath and Carlow. The Kildare girls have improved with every game throughout the championship and have been securing some impressive scorelines. Their opening game in the Leinster championship saw them beat Wicklow by 3 points. Next up for the girls was Louth and it was this game that the girls produced some impressive football running out easy winners 7.13 to 4.04. These two wins meant that the Kildare girls had qualified for a semi-final spot but had one remaining group game against Longford. Kildare struggled in Pearse Park against a rampant Longford side and lost out 6.12 to 4.09. Wicklow were the opponents for the semi-final and an away game for the young lilywhites in Bray Emmets was always going to be a tough task. A strong cross-field win was a major factor in this game but it was Kildare who got on top and kept adding scores running out well deserved winners 6.06 to 3.09. The Leinster final will be a huge step up for this group of players as Longford is the only team to beat Kildare in the group stages. The Kildare management of Eoin Wheeler, John Dunne and Jenny McKenna have worked hard with these girls and will be confident that a Leinster title will be brought back to Kildare. There have been many leaders for Kildare on the field throughout the championship but the toughest task lies ahead. Kildare will look again to players like Ciara Conaty, Sharon O Connor, Michaela Nolan, Eadaoin Connolly, Mikaela McKenna and Ellen Dowling to ensure a Kildare victory. 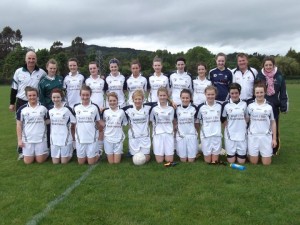 Congratulations to Kildare U16s  who beat Wicklow 6.06 to 3.09 in the Leinster semi final on Saturday 21st May.

Well done to Moorefield’s Ciara Conaty who played full back. 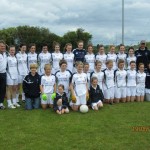 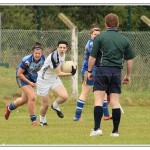 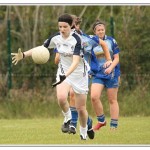 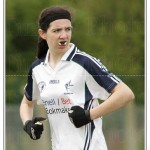 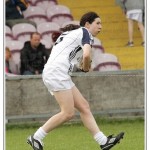 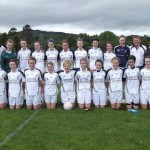